Selangor is one of Malaysia’s most developed and prosperous states. It is also referred to as the “Gateway to Malaysia,” as the primary access points are located inside the state. Flourishing urban centres, such as Subang Jaya, Sunway, Petaling Jaya, and Klang feature contemporary facilities including recreational centres, large shopping malls, and international colleges.

Visitors can only marvel at the various attractions and sites they see whilst visiting this part of the country. For instance, the Sultan Abdul Aziz Royal Gallery in Klang is a building that was built in commemoration of the late Sultan of Selangor, Salahuddin Abdul Aziz Shah. The building features exhibits that showcase the life of Malaysia’s eleventh king. Displays include a collection of artefacts and a replication of the crown jewels.

You can also enjoy watching the fireflies illuminate the night at Kampung Kuantan and Kampung Bukit Belimbing. The fireflies produce a cold light, or an illumination that does not produce heat. This type of display is used to communicate as well as to attract a mate.

Once you book a hotel room at KLIA2,you can plan a visit to FRIM nature reserve. FRIM is an acronym for the Forest Research Institute of Malaysia. The beautiful reserve is home to over 15,000 species of plants. It is reported to be the world’s biggest man-made forests. FRIM is one of the few places on the globe where crown shyness is seen. Crown shyness occurs when the crowns of trees do not touch in forests that are well-stocked.

When visiting Malaysia, you also have to follow the country’s etiquette. This etiquette includes dressing properly. Locals are normally accepting of such apparel as slippers, shorts, or slippers, provided they are worn in the right locations and at the right times. For instance, when visiting a place of worship, you should dress more conservatively. Visitors are generally required to remove their footwear before entering the building.

Keep Covered on the Beach

It is also considered inappropriate for females to wear shorts or vests at major beaches. Locals typically swim fully dressed, and some women wear scarves. Not only that, kissing in public is considered improper. Affection is not displayed publicly. The consumption of alcohol is also not permitted. Because the country has a large Muslim population, people are not allowed to imbibe or make such public displays.

Don’t Use Your Left Hand When You Eat

When obtaining transportation, insist on using metered taxis as haggling for a ride will typically cost you more. If you are left-handed, you may have some difficulty when dining. That is because it is a Malay custom to only use your right hand when you receive items, or when you eat. It is considered discourteous to use your left hand on these occasions. You also do not want to use your forefinger to point. Rather, you should use the thumb on the right hand whilst the other four fingers remain closed.

Visit the Most Beautiful and Remarkable Places in the Us With...

Travel freely without worrying about getting injured 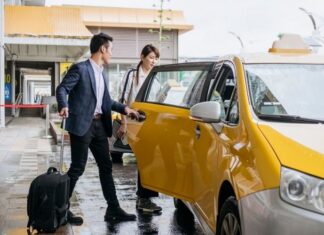 Travel by Taxi to reach the airport in time

Spend your holidays playing golf in a lavish way 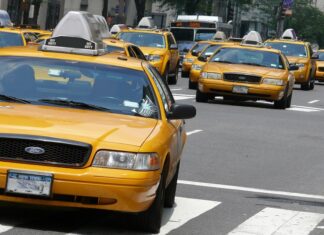 Where Can a Good Cab Take You?